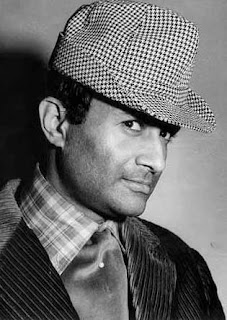 Dev Anand, or Dev Saab as he was fondly called was much feted, winning the Dada Saheb Phalke award, the highest honour in Indian cinema, in 2002, and countless other awards. Dev Anand will be remembered for his boyish charm, his trademark hairstyle, his sloping walk, rapid dialogue delivery and most of all for his indomitable spirit that serves as an inspiration for generations of actors after his time

Dileep Balakrishna Naik : Dev Anand will be badly missed by people like us the Harmonica lovers. He loved Harmonica and used it in all his movies. He was the one who encourages R D Burman to play the harmonica in the famous song Hai apna dil to awara which is for most of is the first and signature song for all.

Akshay Kumar: Dev Anand's "Hai apna dil to awara " of film “solva saal” has brought up n encouraged many harmonica lovers .This is the first song that any harmonica beginner plays.

HaLoH join millions of his fans in mourning his death. Our member Ramana paying his tribute to “Dev Anand” by playing a popular number on harmonica from Dev Anand’s movie “tere ghar ke samne” hope visitors of this blog like this.

The only actor whose songs/films never failed to bring a smile to my face even in the worst of situations...

May his soul rest in peace...