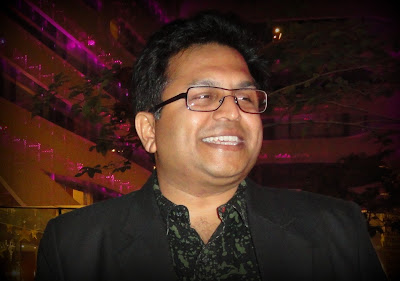 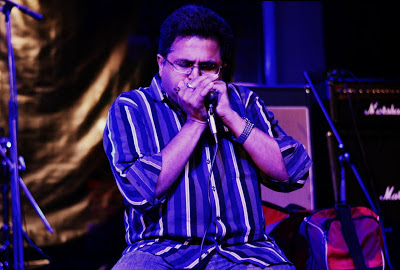 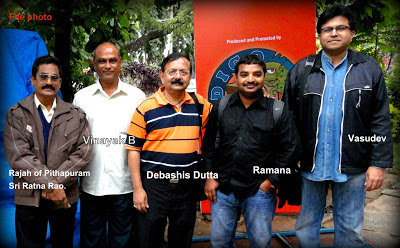 Vasudev has also recorded harmonica parts for several movie tunes and radio sports. He has collaborated with international musicians such as Chris& Izzy (USA) and Jimmi Hocking (Australia)

Currently, Vasudev is one half of a unique acoustic duo called “By2Blues” which also has Ananth Menon on vocals & Guitar.

By2Blues is one of the few acoustic duos in India that sings and presents the blues in its simplest format. It’s just two musicians – Ananth Menon and Vasudev Prabhu, with an abiding passion for a genre of music that is deeply and subliminally connected to almost every form of Western music that one hears today.


A classic ‘guitar-harmonica duo’, Ananth and Dev have set out to pay their tribute to the blues, in many ways the ‘haiku’ of the West, in their own home-grown style. Ananth lays down the gritty grooves with his guitar and tops it with a voice that is like fine whisky – smooth, mellow and welcome. Over this potent combination, the wailing harmonica dances like country rain on a tiled roof… drizzling steadily and gently, and bursting into a fierce downpour at times.

By2Blues is a Bangalore-based duo influenced as much by the classic post-war era music as by other genres like R&B, Country Blues, Soul, Blues-rock, Gospel, Funk and Rock n Roll.

By2Blues works best in a setting that is personal and mature; Ananth and Dev have performed at several festivals individually and as a band, as well as at popular watering holes in Bangalore. Although a young band (comprising seasoned musicians) By2Blues is fast garnering a fan base that includes curious 17 year olds, appreciative 70 year olds, corporate execs with an evolved taste in music and just about anyone who’d like to hit the ‘pause’ button for a while, and sit back for some meaningful, easy-on-the-ears, uncluttered entertainment in the middle of a hectic life.

Harmonica our Passion!
Posted by Ramana at Saturday, December 29, 2012 1 comment: