For the first time in India, this sort of festival was organised at Kolkata on the 18th and 19th of August 2012. Fifty odd harmonica lovers of 13 states from all over India had gathered at Kolkata to attend this meet. The purpose of this festival was to interact with harmonica lovers from all over India, to exchange information about music and harmonica with each other and discuss about promoting harmonica amongst the people in India. This festival was dedicated to Late Shri Milon Gupta who is the ‘Father of Indian Harmonica.’ His birthday-22nd November was officially declared as “Indian Harmonica Day” in this meet. This was a unanimous decision by all the delegates.

‘Harmonica’- which is popularly called as ‘Mouth organ’ in India is a tiny free-reed wind instrument with sweet sound. It is also sometimes called as ‘Pocket Piano’ and its voice cannot be substituted by other musical instruments. Though it is a foreign instrument, it was popularised by Shri Milon Gupta who taught playing this instrument to many people. Popular Music Director of Indian Cinema R.D. Burman (Pancham Da) included harmonica tunes in many of his compositions. It was the golden era of harmonica.

The popularity of harmonica had been declining till 2008. Later, due to availability of internet access, the harmonica lovers have been exchanging information in various online groups and forums. There is an online group titled – ‘Indian Mouthorgan Players (IMP)’ in Facebook where Indian Mouthorgan Players discuss about Harmonica with each other. Most of the participants in this festival who usually access the internet are a member of this online group.

During the program, Shri Vinayak B., Vice President of HaLoH had released the latest harmonica instrumental album by Shri Anupam Paul, Secretary of IHA. The title of the album is “Bani Nahi Tabu” . This album is based on Rabindra Sangeet.

The itinerary of this festival for both the days had already been published on this blog earlier. The festival was organised as per the itinerary.

Opening of the Meet (Day-1) 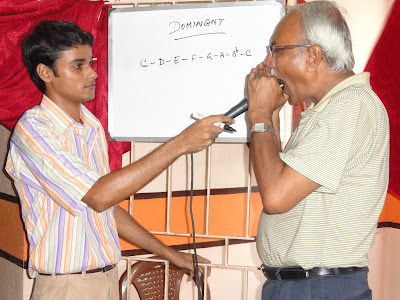 “How I play the Harmonica”- Kajal Chakraborty 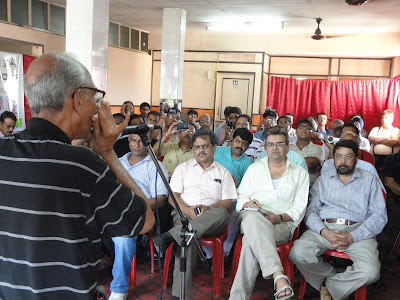 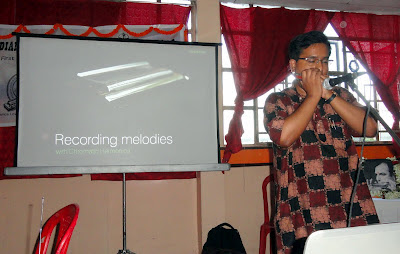 Educational Session “How I play the Harmonica”-Sukanto Ghoshal 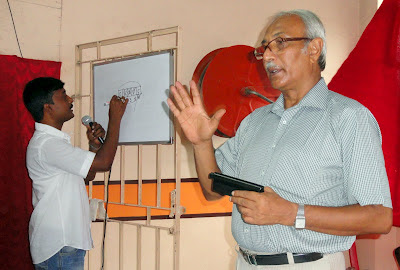 IMP had a fruitful discussion about future IMP Meet. Everybody had participated very actively and provided a very valuable insight. Mr Channi Chawla extended his invitation to all IMP delegates to conduct 2nd IMP Meet 2013 in Delhi.

HaLoH had proposed that we must have an Indian Harmonica Day to celebrate every year. The date was finalised as Nov 22nd. 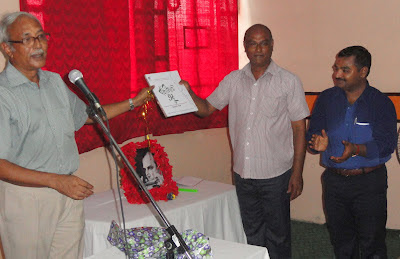 The delegates had the opportunity to enjoy the mesmerising rendition of a rising star harmonicist Master Shubronil, studying 4th std and a student of Sukanto Ghosal

The festival was a grand success and the delegates had a real learning experience with fun. The interactive and educative sessions on harmonica techniques, music theory, harmonica maintenance & repair, harmonica recording at home were quite helpful for the delegates. All the delegates also had the opportunity to perform and enjoy each others’ renditions during their free time. Please keep visiting this blog to experience the same.

IHA, Kolkata presented a beautiful table top memento to all the delegates who attended this Meet.

Mr Rahul Joshi of Pune has a surprising and a special gift for all IMP delegates. A poster with high resolution will be sent to all individual email IDs. The delegates can have a colour print-out of this poster and can keep it as a souvenir. 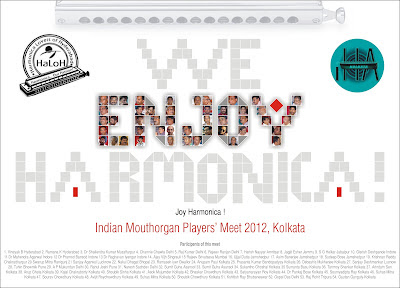 We convey sincere thanks to Mr Rahul Joshi, Pune and Mr Shoubik Sinha, Kolkata who had taken special initiative to make this meet successful.

HaLoH congratulates all the harmonica lovers who attended this festival.

‘Jai Harmonica!’ (This slogan was coined by Indian Mouth organ players at Kolkata)

Harmonica Our Passion! (This is HaLoH’s slogan)

Thousands laid down their lives so that our country breathing this day. 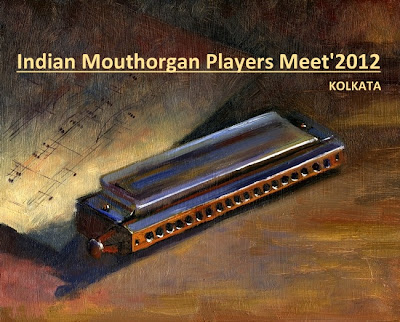 Dear Harmonica Lovers,
With the initiative of Shri Anupam Paul, Harmonica Lovers of Hyderabad(HaLoH) and Indian Harmonica Association(IHA),Kolkata are organising Indian Mouthorgan Players'(IMP) Meet on 18th and 19th of August 2012 at Kolkata.
This Meet is open to all harmonica lovers who wish to interact with each other.
Arrangements for accommodation will be made for participants at Kolkata from 16:00 HRS on 17th to 14:00 HRS on 20th August.


Delegation fee for the Meet is Rs 300/- (without accommodation) or Rs 1000/- with Non-AC sharing accommodation and it includes vegetarian Breakfast,Lunch on 18th and 19th of August for all the participants.
Itinerary for Indian Mouthorgan Players’ Meet 2012
Venue: Lodge Titan, Airport Gate No.2 Kolkata-81