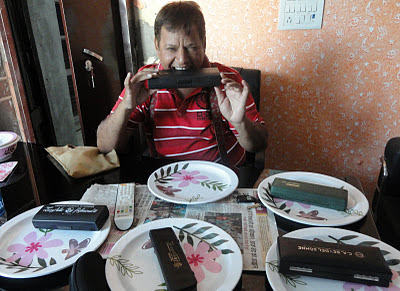 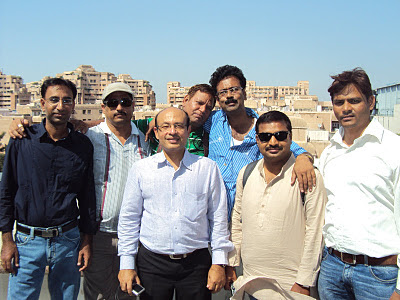 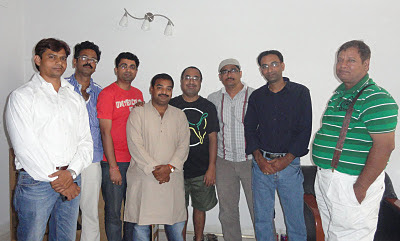 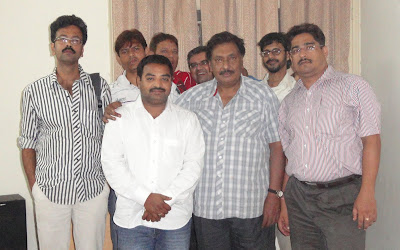 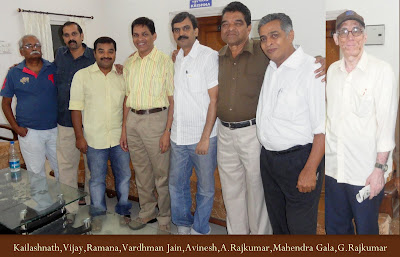 Recently, harmonica lover Mr Vardhaman Jain from Vadodara visited on his official trip. He completed his engineering from MNIT Jaipur and joined Indian Railways. He has been playing the harmonica since his college days. Despite his hectic schedule he obliged and spared his valuable time for this brief rendezvous. Here is a tagged photograph of the Harmonica Lovers.

You can enjoy more videos from Mr Vardhman Jain at

Harmonica Our Passion!
Posted by Ramana at Friday, October 21, 2011 1 comment:

Recently, Mr Inderjit Singh Soni visited Jaipur () along with his family. He met our virtual member Raman Khandelwal. It was their first meeting but they felt that they knew each other for quite a long time. They spent two hours discussing about music, harmonica and had a musical session with karaoke tracks. Here’s one of those numbers played and recorded by him along with karaoke track at his home. Mr Soni, who started playing the harmonica in his childhood, says that he has been improving his harmonica skills after being associated with the harmonica lovers at HaLoH. He is also thankful to Mr Avinesh Singh for taking pains in teaching him the basics of recording.

Harmonica Our Passion!
Posted by Ramana at Sunday, October 16, 2011 No comments:

Ashwin J. Betai: A Journey from Rangoon to Hyderabad 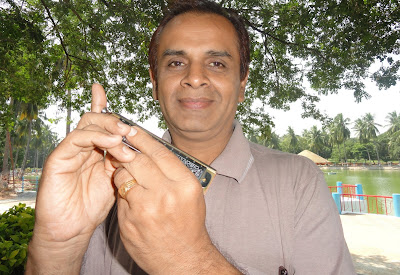 Our harmonica lover this week is Shri Ashwin J. Betai who was born in () and is now settled in . He is a 50 yrs old Gujarati businessman with a good sense of humour. There is never a meeting at Indira park when HaLoH members do not laugh at his funny jokes. He can play many instruments like Harmonica, Flute, Mandolin, Harmonium and Keyboard.

Ashwin ji developed the love for music during his childhood at when his father used to play the harmonica. Later, their family shifted to Kolkata where he used to observe his uncle play the Mandolin. His uncle taught him to play the Mandolin. At the age of 17 or 18, on his request, his uncle gifted him a Hero harmonica and he started performing in college stage shows. Today, after being settled in for almost 30 years, he still plays the Harmonica and Flute in several programmes of his community.

Though he has Hohner Larry Adler 16, he still loves to play old Hindi melodies on his Tower harmonica. His 13 yr old son Yash A. Betai is learning to play the harmonica from our own fellow member Shri B. Vinayak who was a direct student of Milon da. Mr Vinayak teaches with notations and feels that Yash is picking up harmonica skills very fast and jokes that one day he may play better than his father.

Ashwin ji has a special inclination towards the wind instruments. He feels that even a sick person becomes well after listening to the sound of harmonica and flute. 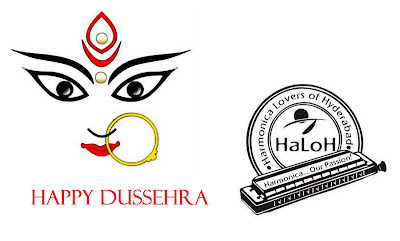 It was exactly two years ago (according to the Lunar Calender) i.e. Dushera 2009 that this blog was launched.

We had begun a journey not knowing where we were headed but I guess we are slowly finding our way, thanks to all your support, guidance and patronage.

We at HaLoH thank you all and look forward to your continued support.

A Happy Dushera to all of you.