India witnesses the Power of Brendan 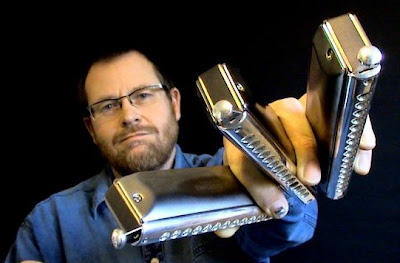 Recently, to charge Indians with advanced techniques to play and explore the harmonica, Abe brought Brendan Power to . Brendan Power’s tour to at , and Guwahati left unforgettable memories among Indian harmonica lovers.

UK-based New Zealander Brendan Power is acknowledged by many as one of the most creative, skilled & versatile harmonica players around today. Brendan is voted Harmonica Player of the Year 2011! He received the prestigious Bernie Bray Award from SPAH.

Equally at ease on both the earthy Blues Harp as well as the sophisticated Chromatic Harmonica, he tunes them to his own scales to create a highly original style. He has recorded fifteen solo CDs to date, in a wide variety of musical genres.

Since he moved to Britain in 1992, Brendan's eclectic skills and sympathetic ear have made him an in-demand session player, leading to live and recording work with artists such as Sting, Van Morrison, Kate Bush, James Galway, Paul Young, Shirley Bassey, John Williams, Mike Batt and many more. His playing is also heard on many movie soundtracks (e.g. the 2008 Oscar winning soundtrack for 'Atonement'), and BBC TV series. He's featured on the internationally-syndicated Jools Holland Show and toured worldwide, performing in venues such as 's Great Hall of the People and The Kremlin.

In addition to his Pop, Jazz & Blues skills, Brendan is an expert player of Irish traditional music (winning the 1993 All Ireland Title), and performed for three years as soloist in the Riverdance Show. He has recorded with well-known Irish artists such as Donal Lunny, Altan, Paul Brady, Arkady, Artie McGlynn, Mary Black and others. A respected harmonica technician & customiser, Brendan is employed by Suzuki Musical Instruments Co. of Japan as their International Harmonica Specialist. 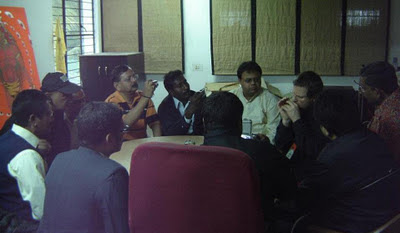 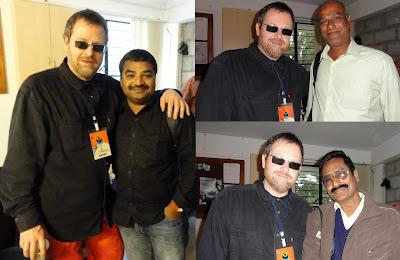 Excitement had been building among HaLoH members to meet Brendan Power, his partner Laura and Abe Thomas on November 26th at Club Counter Culture, Bengaluru. Thanks to Mr Abe Thomas for taking lot of pains to arrange a work shop by Brendan Power at the venue exclusively for Bangalore Harmonica Club and HaLoH members. The participants of the workshop included Abe Thomas, Saitejas, Debashis Dutta, Chandra Sekhar Khare, Vasudev Prabhu, Nazaurius Manoharan, Rajah of Pithapuram Shri RVMR Ratna Rao garu,Vinayak B, Ishan Bakshi and Ramana Ilayaraja. The interesting one-hour workshop was interactive and it included tips on maintenance, tuning, customizing, playing- techniques of chromatic and diatonic harmonicas by Brendan Power. This was followed by Brendan Power’s power-bending rocky gig in front of a hip younger audience at club Counter Culture, streamed live on the internet by Indigo radio. Brendan roped in Vineeth Vilcent (Indian beat boxer, Guinness record holder); Saitejas (the only Indian harmonica player who plays Carnatic music on chromatic harmonica) and did a storming gig that was very well received by Bengaluru audience and harmonica lovers.

Don’t tell me you don’t know who Abe Thomas is! 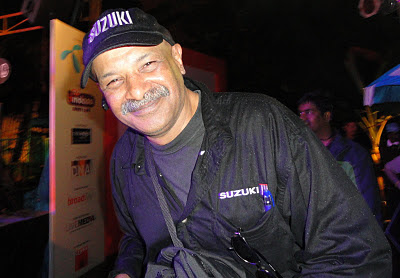 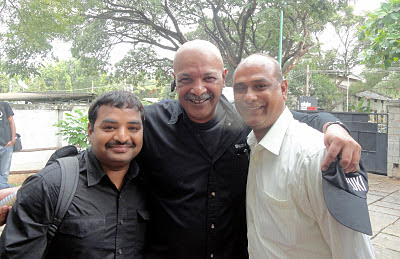 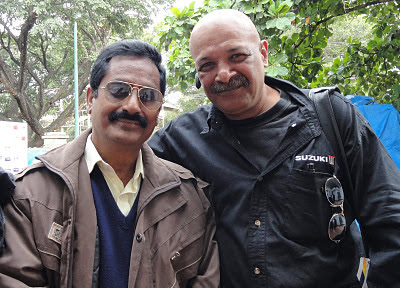 Everybody must agree with us that revamping of harmonica activities in took place in the last 4 and half years. People who left their hobby of playing this musical instrument and forgot it in their cupboards now have become serious with it again. People in India now have started - discussing about harmonica, buying good quality harmonicas, befriending other music lovers over internet, sharing their passion and love towards harmonica, opening their respective channels in youtube, esnips to show-case their skill and motivate others to play harmonica. All these things happened with in a very short period of time. This credit goes to one gentleman who is undoubtedly Mr. Abe Thomas.

based purveyor of musical instruments, Abe represents the Suzuki Musical Corporation in , which manufactures harmonicas. In 2006 He started a harmonica forum in yahoo groups called “HarmonicaIndia” he is the group nanny for 500 members; Thomas admitted that his motivations spring in part from his business interests “It’s called market development!” But all harmonica lovers get benefited from his initiative.

Thanks to Brendan and Abe… :)

Thank everyone for posting a detailed information on Brendan. I had the pleasure of meeting this gentlemen and listen to his marvelous renditions when they visited Guwahati. The biggest pleasure was of course meeting Mr Abe Thomas. I would request you to kindly put up some videos of Brendan's performance. Regards

Thanks to the indefatigable and infectiously enthusiastic Ramana for making the post about my very enjoyable workshop held in Bangalore at Counterculture recently. I was amazed and very honoured that several players from Hyderabad travelled 600km for that workshop, and the subsequent Indigo live gig. I tried to cover as much ground as possible in the time, and there was some lively discussion. I hope some of the technical ideas I demonstrated (like removing certain outer valves of chromatics for more bending expression) have proved of use to some of the attendees.

Thanks also to those of you who have sent the original versions of famous Bollywood songs for listening and possible playing. I’m moving a lot at the moment (in the Philippines right now) and it’s hard to get any time to listen, let alone practice, but I will follow up all the links submitted in due course – so keep them coming!