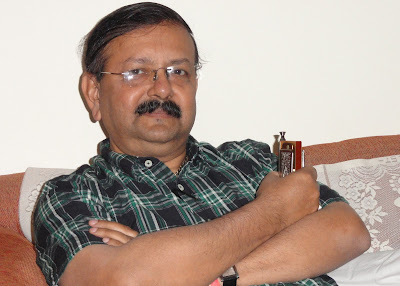 Dear Dutta sahab,
Ramana is really fortunate to have met almost all leading harmonica players in India, needless to say his enthusiasm and love for this "tiny wonder" is amazing.
I was fortunate enough to meet Mr.Harish Nayyar at Amritsar, Mr.Sanjay Agarwal at Lucknow,
Mr. Anupapam Pal at Kalyani and
Mr. Dedasis Mukherjee at Shimurali.

I am eager to meet all the lovers of this instrument and I feel Ramana can lead and show us a way.

Avinesh : Thank you for you genuine appreciation